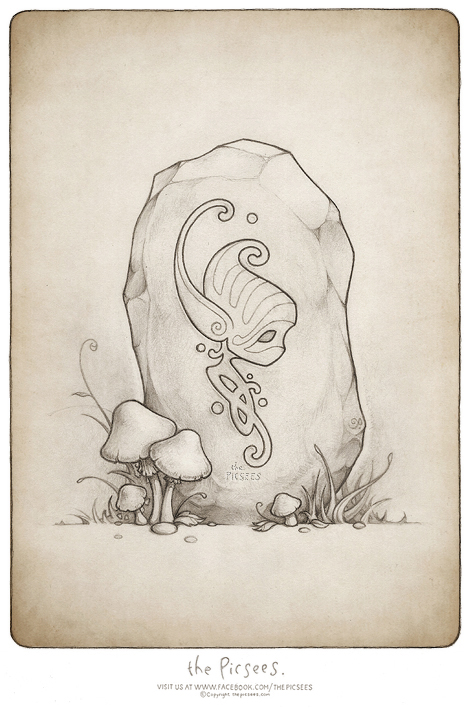 A while ago we went back home to Scotland to visit Mika's family for a few days. While we were there his big sister took us to one of the Faery isles of loch Leven where we met some wee folk who were busy cutting stones. We were very excited about this because we knew they were making faerystones, which are not unlike the ancient Pictish stones many of you might know, only much, much smaller. They showed us how they shape the stones with little chisels and carve intricate patterns and pictures onto it, and so we spend the rest of the day with them making our very own little picseestone.

Now as you might know, there's usually a wee story that accompanies all our pictures, and the one we carved onto this stone is no exception...but as the wee folk from those enchanted isles told us: once you lay your chisels down, the stone should be allowed to speak for itself.

And since the stone itself now proudly stands upon that isle, we'd like to show you this wee drawing we made of it before we left. We really hope you like it as much as we do, and we hope that it has a lovely little story to tell you...