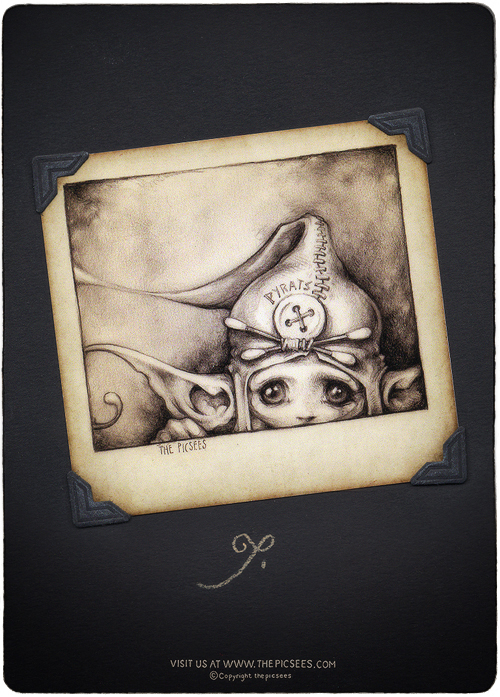 We made another photo picture for our album and this time it's a picture of me! It's a picture of when we were playing pirates at the river earlier this week. We did Eeny, Meeny, Miny, Moe to see who gets to be captain Jacks and then again to see who gets to take the photo pictures of our adventures. Miny Moe chose me as the pirate captain which is why I got to wear the official captain's hat and it chose Eric as our photo journalist...which is why almost all the photo picture were of Eric's toes!

Lucky for us there was 5 pictures that wasn't goblin toes, two was of an ant, one was just a big blur and then there was this one...it's actually a picture of when we won the game and found the treasure! I stood on top of the treasure chest and held up the map in a very brave and dramatic way...but you cant see any of this cause Eric's aim and frame skills with the camera is not so good...although he had no problem to fit all 9 of his toes onto all the other photos!